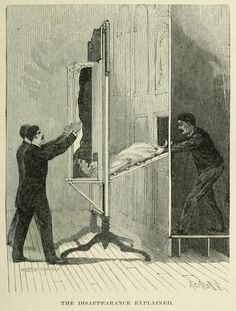 Despite the fact that hypnotherapy has been validated as a legitimate practice by Scientific American and other scholarly publications, it’s ill-deserved reputation as a branch of quackery or cheap entertainment is alive and well.  Thus, when we discuss the idea of hallucination in relation to hypnosis, the average reader will not be surprised.

In the book, Course in the Science of Hypnotism (1960 Nelson-Hall, Chicago) author Axel Wayne Bacon quotes a certain Dr. Moll as saying that our sense organs may be “deluded” while in hypnosis.  That same individual states that it is well known that some people under hypnosis will drink water thinking it is wine or will smell onions and think they are smelling cologne.

I’ve actually witnessed a live demonstration of the altering of the sense of smell by none other than The Amazing Kreskin (who, by the way, has publicly stated that he does not believe hypnosis exists!).  In that demonstration, Kreskin told a group of hypnotized students sitting on stage that another student who was called up to the stage had not bathed in some time and was reeking with body odor.  No sooner had the student taken the stage than the hypnotized group began to hold their noses and complain.  One student was apparently so offended that he got up out of his seat and pushed the allegedly stinking student away, telling him to get off the stage!

This was an example of an olfactory hallucination, but what about the other senses?  Dr. Moll cites several examples of hypnotized patients hearing things and feeling things that are not there.  While he does not address the sense of sight, I have heard that even this sense can be altered.  In one case, a hypnotized woman was told that when she awoke from her session, she would notice a certain object on the hypnotist’s desk and would comment on that object.  Sure enough, when she was brought out of hypnosis, she pointed to the object (which was not there) and asked the hypnotist about it.  Ironically, the patient was not even hypnotized when she asked about the object!

In other cases, Dr. Moll  notes patients in hypnosis told that they are in a cold environment may begin to tremble, shiver, and wrap their coats around themselves, despite the fact that the room temperature is quite comfortable.

Of course, the hypnotist is not “forcing” anyone to apprehend something that isn’t there. The hypnotized subject is quite simply more open to suggestion when relaxed and listening to the hypnotist.  It is this very “openness” to suggestion that allows the hypnotherapist to make helpful and healthful suggestions that the patient will often adopt.

This speaks to the idea that trust is a key issue in any hypnotherapy session or in the relationship between hypnotherapist and patient.  This is not news to those who already practice as psychologists and therapists–who often find themselves in the position of offering helpful suggestions to their patients.  This trust begins with taking a full history of the patient and listening to the patient’s story as it relates to his or her presenting problems–getting to know the patient as in individual, and not just a set of symptoms.  In such situations, trust is much more likely to develop.

The hallucinations, then, are an important symbol and a demonstration of the patient’s trust in the therapist.