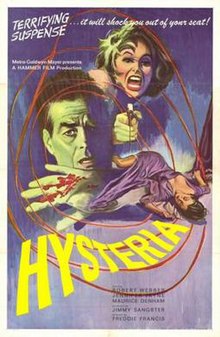 Greetings, mind minders.  Well, I really thought this would go away.  You know, the ridiculous idea that presidential candidate Donald Trump is using mass hypnosis techniques to dupe the public into voting for him.

But no.  Let’s face it; this is a fascinating, mysterious idea, and the reality that it is hokum, hogwash, and horse hockey seems to matter little at all to those promoting it. In fact, even a respected publication like Forbes has now gotten into the act.  A contributor named Ralph Benko, who according to his biography has no clinical training, reports that, “The evidence shows that Donald Trump is, in fact, using technique indistinguishable from hypnosis.”  Since Mr. Benko seems to be a blogger and a lawyer, I’m not exactly sure what he thinks hypnosis looks like.  And I have yet to see any evidence that Mr. Trump is a master of hypnotic techniques.

For those of you who haven’t had the experience, I invite you to peruse my previous writings on the subject of The Donald as a manipulator of minds.  Just select the article from the list on this blog.  .

Meanwhile, be reassured that people will often vote for a candidate in much the same illogical way that  they bet on a horse at the racetrack–that is, color of the animal, colors on the jockey’s back, cute name, funny name, the jockey’s name, the jockey’s gender, the horse’s number (drawn at random before the race), predictions in their horoscopes, etc.  (Never mind those past performances.)  .

And if The Donald would like me to teach him some hypnosis techniques, I invite him to inquire.  I can’t guarantee it will get him any more votes, but it will undoubtedly help him to sleep better and to be more relaxed when he is awake.  And there’s a lot to be said for that!